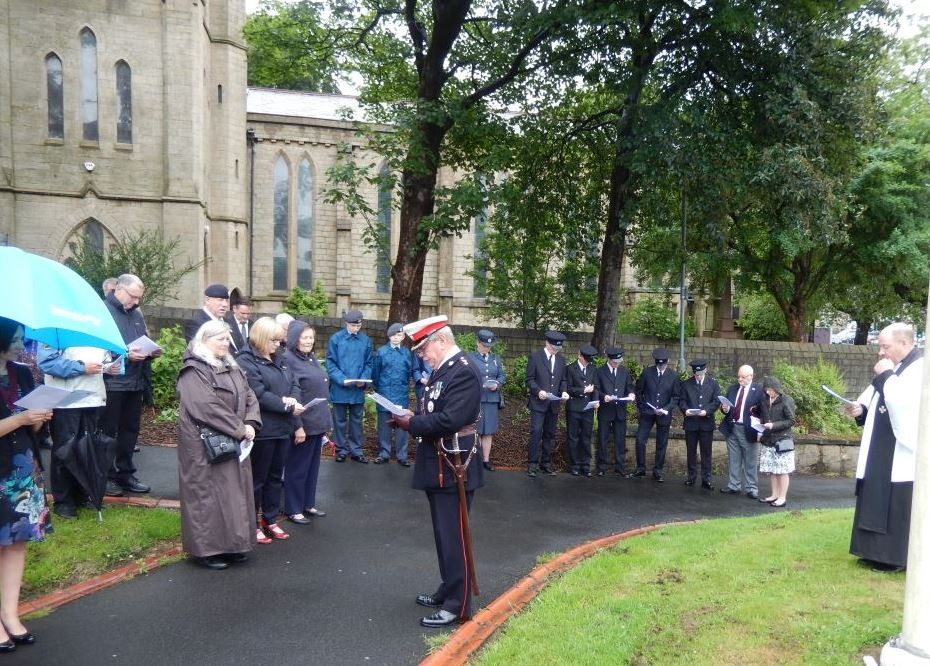 Civic Dignitaries and members of the public all came together on Monday June 20th for the flag raising ceremony at St Mary’s Garden’s, Rawtenstall.

The Mayor, Cllr Granville Morris, led the respects in this event to mark armed forces day.

The event aimed to raise awareness of the contribution made to our country by those who serve and have served in her majesty’s armed forces and it gives people an opportunity to show our support for the men and women who make up the armed forces community: from currently serving troops to service families and from veterans to cadets. 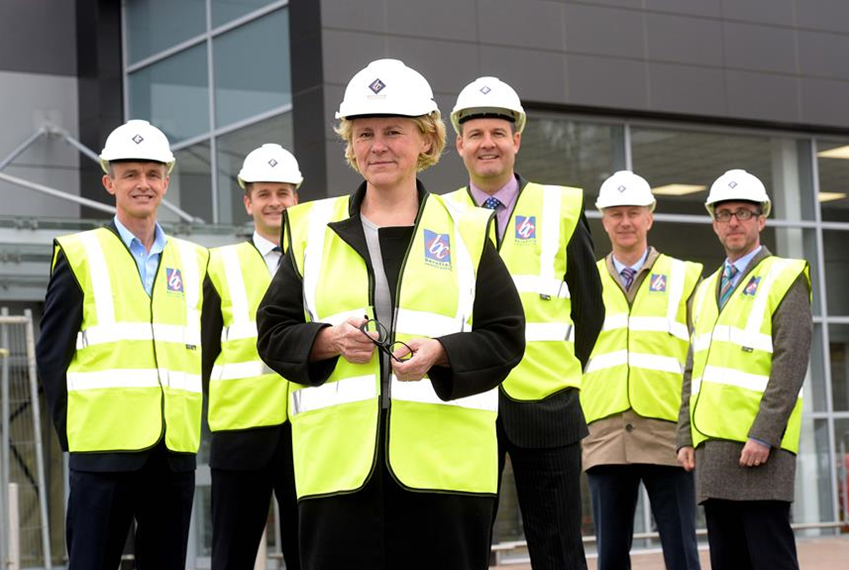 Members of the Rossendale Together Barnfield Partnership Board visited the New Hall Hey Retail Development to see how the new TK Maxx and M+S Foodhall stores were progressing.

The RTB Partnership sees Rossendale Council, Together Housing Group and Barnfield Construction working together and pooling resources to create a more prosperous borough. 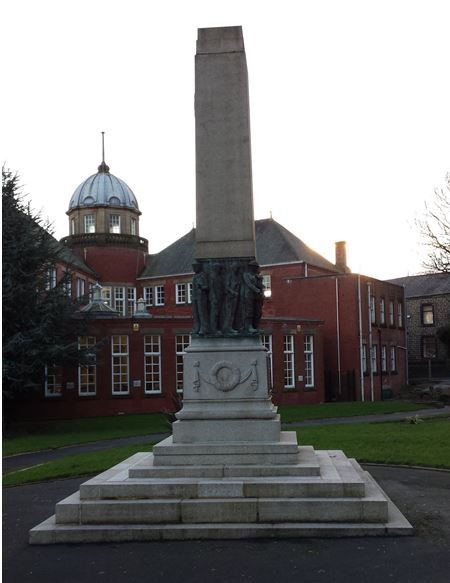 The Cenotaph in Rawtenstall at the library gardens has had its listed status raised to Grade II*. 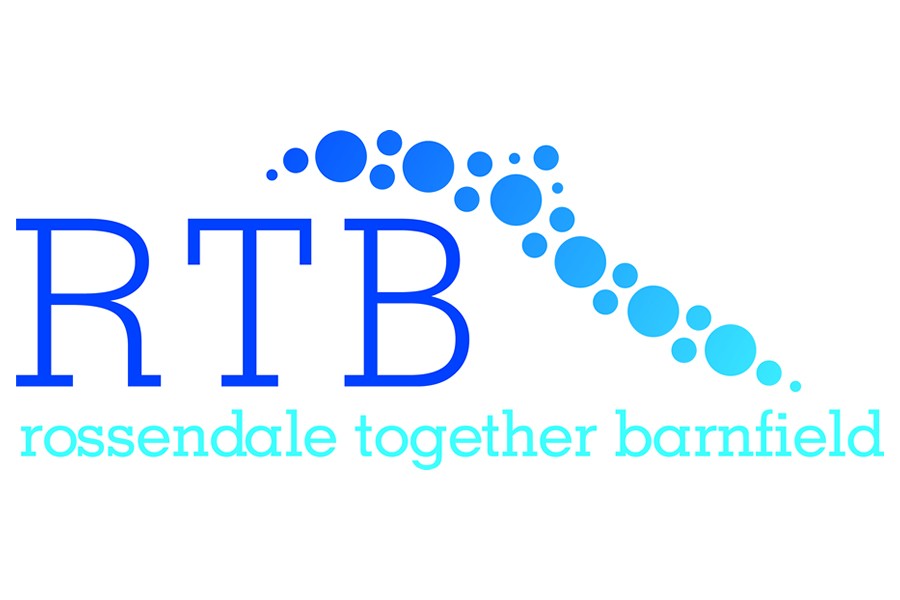 Members of the Rossendale Together Barnfield Joint Venture Partnership Board have welcomed news that plans to redevelop Rawtenstall town centre have been approved.

Councillor Alyson Barnes, Chair of the RTB Partnership and Leader of the Council, said: “I am pleased the scheme has been given planning permission. We listened to people and now I believe these plans are the right mix of preserving the area’s heritage as well as creating a vibrant town centre.

SKI Rossendale has received a bumper boost of £65,000 from Sport England.

The cash injection, which has been matched by a loan from Rossendale Council, takes the total project fund to £630,000 – which will help create a centre of excellence for the north west.

Money will go towards resurfacing the beginner’s run at the iconic Valley attraction, which has staged world record attempts and welcomed several Olympic athletes.

Update on the Local Plan Part 2

At Council on 9th December 2015 it was agreed unanimously to cease work on the Site allocations and Development Management Policies Development Plan Document, the Local Plan Part 2, also known as Lives and Landscapes’ and to start work on preparing a new Local Plan for Rossendale.

The reasons underpinning this decision were set out in the Report to Council, which is available to view on the Council’s web site. 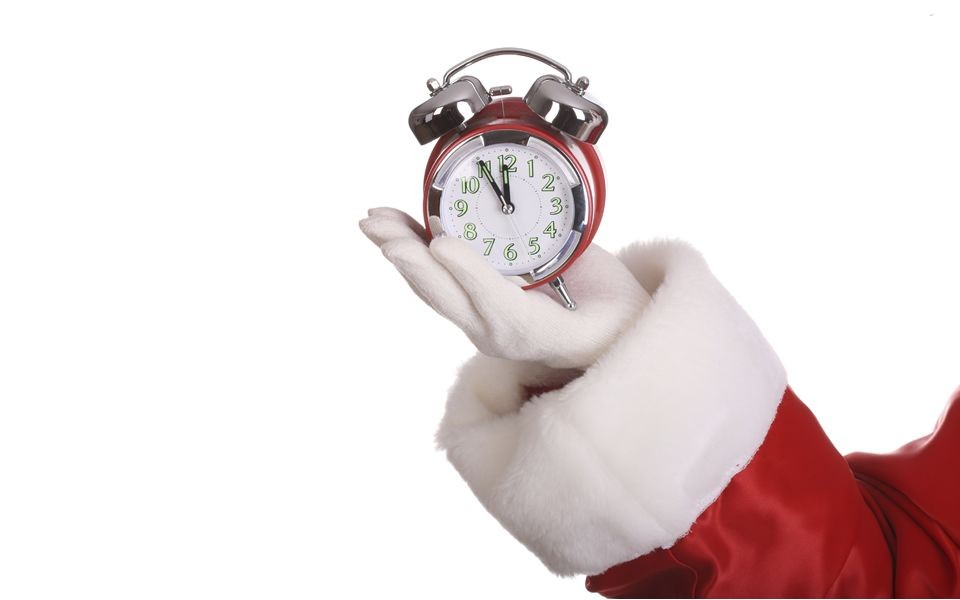 Information on Council opening times and any changes to services like bins and burials over the Christmas and New Year Period.

Edgeside and District Community Partnership, Home-start Rossendale, Maden Early Years and the White Horse Project have all been awarded grants of £1000 in the first round of the Rossendale Community Fund.

The Rossendale Community Fund was created by Rossendale Borough Council in partnership with the Community Foundation for Lancashire to offer grants to support projects that help families, and children and young people in Rossendale engage in community activities and learning.

Councillors in Rossendale decided last night at the Council meeting to progress with consultation plans on joining forces with Local Authorities across Lancashire to create a Combined Authority.

Councillors were asked to note the progress made so far and decide on whether they want to agree in principle to the Combined Authority and take part in a public consultation early in the New Year, which they did.