Meet some of their army of volunteers who give up their time 365 days a year to keep Rossendale looking its best.  Last year they collected over 18 tonnes of litter, as well as creating 14 eye catching community gardens to welcome residents and visitors alike as they enter, travel through and leave the town.

Friends cook up a storm for charity 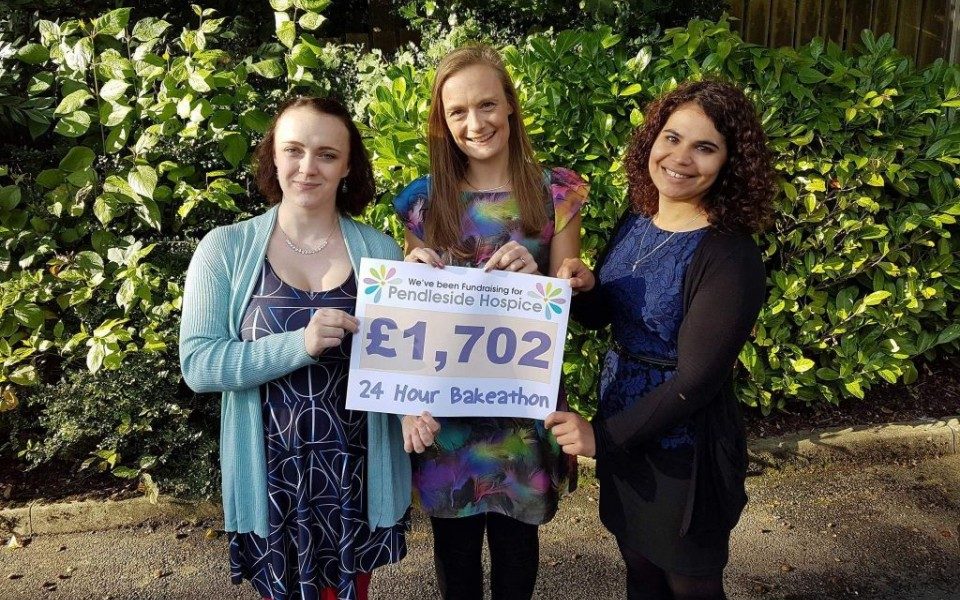 Three friends who staged a charity bake-a-thon say hitting their target was the icing on the cake for 24 hour cooking marathon.

The court agreed on Thursday (September 21) that Sarfaraz Ahmad Bibi, 40, of Timperley Road, Ashton under Lyne, should no longer be able to operate as a hackney carriage driver.

The Council took the decision to revoke Bibi’s licence after he was convicted in December last year of picking up a passenger in Stockport without being pre-booked, and for not having the correct insurance.

Still time to have your say on Local Plan

There is still time to have your say on the plan which will guide the borough’s development over the next 15 years.

Rossendale Council has published its draft local plan which guides how the borough will achieve its targets for housing, employment sites and facilities over the next few years.

It will also guide where new housing and employment will be located as well as where land should be protected. 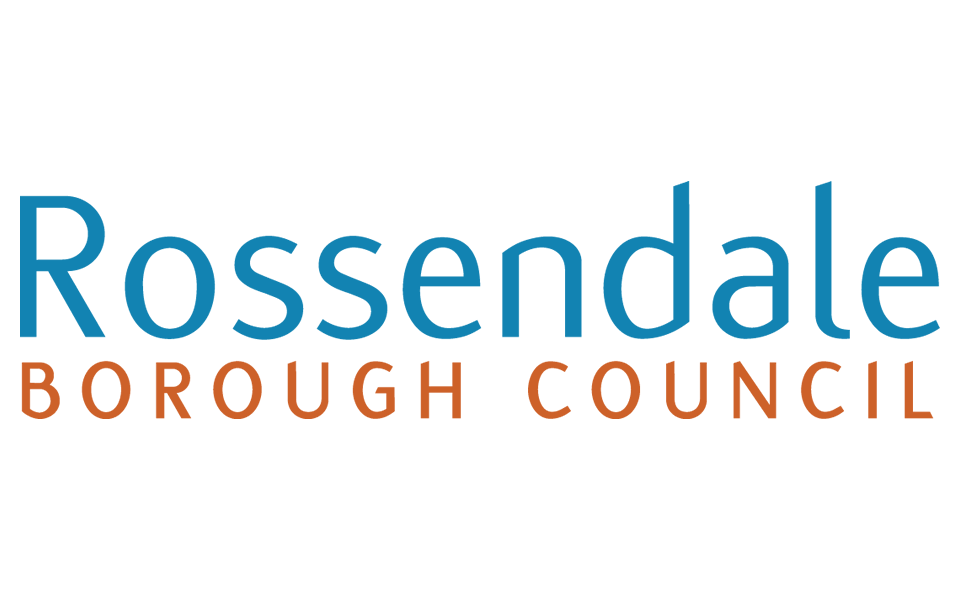 Volunteers are needed to help Haslingden bring in more investment into the town.

Rossendale Council is looking to establish a Haslingden steering group which will help it bid for funding to improve the town centre.

Officers will be at Haslingden library on Monday, September 25, 3pm to 5.30pm, to outline what the role entails.

Parade gets ready to shine 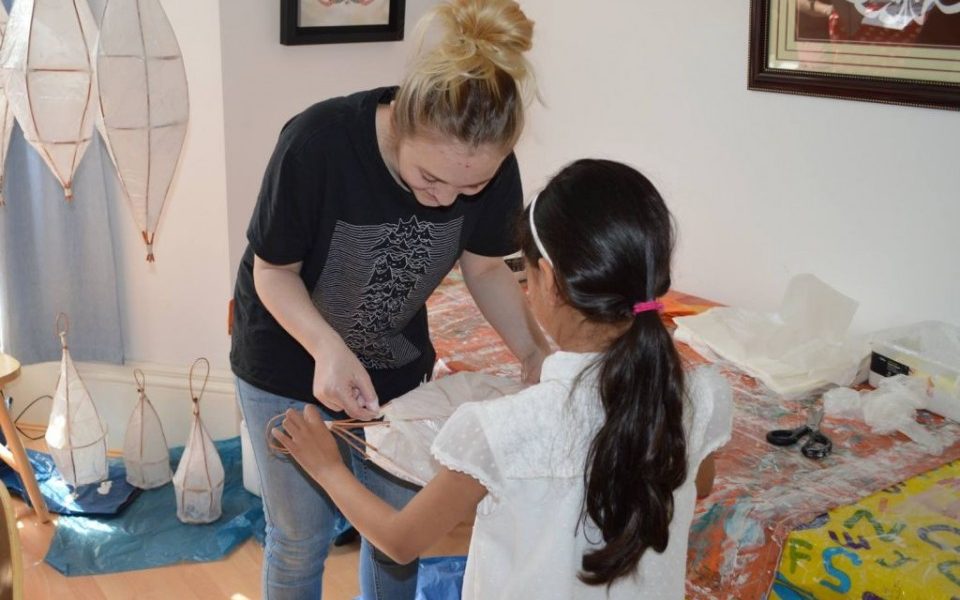 STUNNING lanterns have been created and decorated in a series of workshops held for the Light Up The Valley parade.

On Saturday, October 28 at 6pm the colourful creations will be led in a parade from the mill at Toll Bar, Stacksteads, near the mini roundabout, along the banks of the River Irwell into The Glade.

See another side to Rawtenstall this Halloween 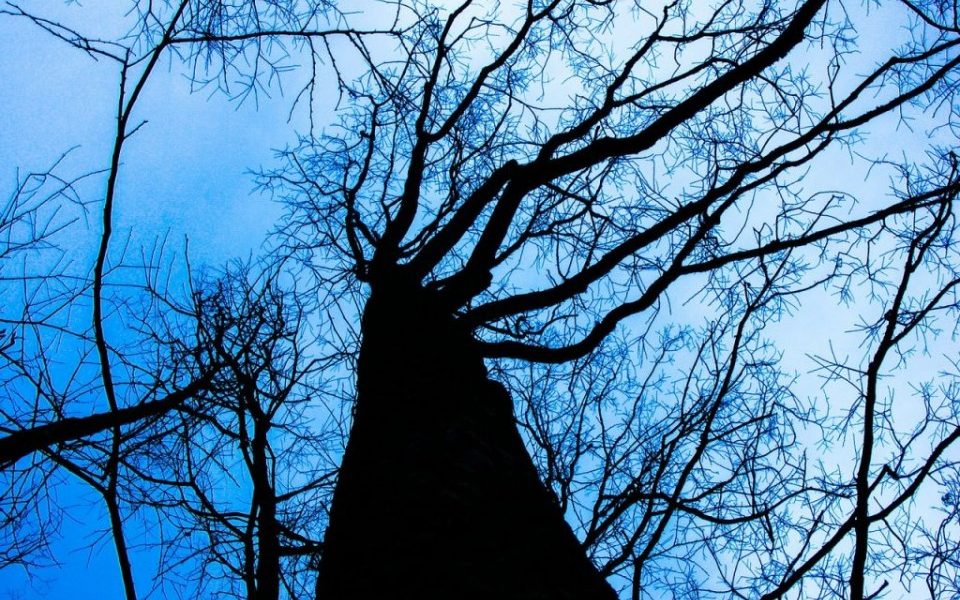 This All Hallows Eve enjoy a feast of stories, mysteries murders and spooky tales on a walk in and around Rawtenstall.

Join local theatre company, Hard Graft, and international ghost hunter Anders Andersson as they share the darker side of the most haunted town in East Lancashire.

Tales will include the last woman hanged in Manchester, the headless corpse in a drain, the floating baby and the ghostly girl with the red hair. 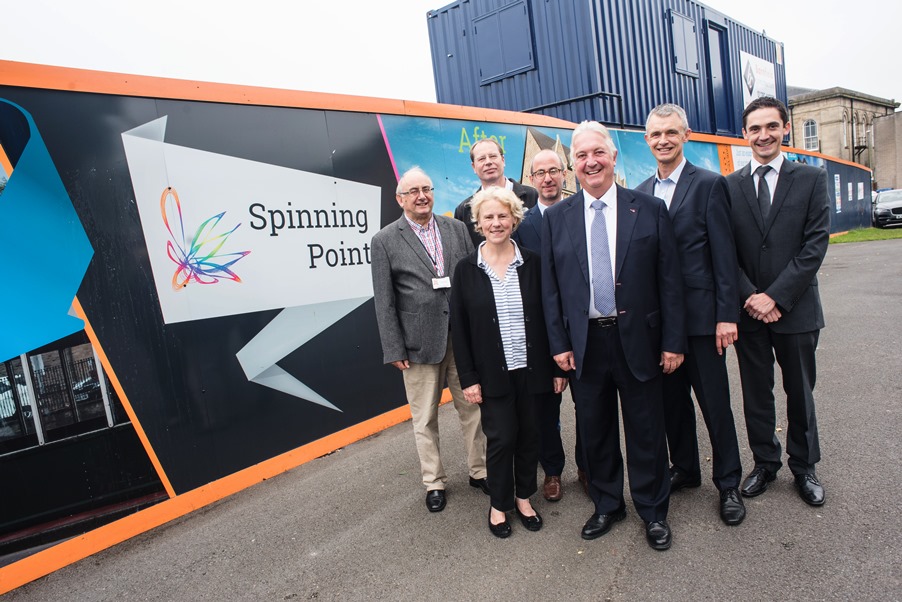 Residents will get a glimpse of the future of Rawtenstall at a series of public information events to be held end of September.

The Rossendale Together Barnfield (RTB) Partnership are seeking residents’ views on the next phase of the Spinning Point development.

Officers and members of the RTB Board will be on hand for residents to ask questions.

Two residents have been prosecuted and fined for failure to remove rubbish that was attracting rats and other pests.

Michael Anthony Kershaw, 33 and Nicola Kershaw, 43, of Burnley Road, Crawshawbooth were found guilty at Burnley Magistrates Court in their absence and were ordered to pay over £1,000.

Family get tough to raise money for Macmillan Nurses

A family are celebrating after conquering the famous Tough Mudder challenge to raise money for Macmillan Cancer Support.

The 12 mile long challenge which was held at Cholmondeley Castle, Malpas, saw them take on more than 20 obstacles and plenty of mud.

Rossendale Council has won a Crown Court appeal following its decision to revoke the taxi licence  of a driver who refused to take a passenger with a guide dog.

Taiwo Osazuwa, 50, of Teddington Road, New Moston, Manchester, was prosecuted in February for failing to allow a passenger to travel with their assistance animal in June last year, an offence under the Equality Act 2010.

Ongoing works by Electricity North West in the Weir area has meant that Council was unable to service green bins today at a number of properties. Arrangements have been made for the bins to be emptied tomorrow from 7am.

The streets that are affected are:

Any missed recycling collections from previous weeks will be dealt with as soon as possible once the roads works are removed.

New Civic Pride: A Celebration of Our Borough

Across the valley, volunteers from all sectors of the community give up their own time to help others either directly or indirectly.

On Saturday 21st October, from 11am to 3pm Civic Pride will be hosting a day of celebration at Kay Street Baptist Church and are inviting other local voluntary groups to join them to thank volunteers’ past and present and encourage others to join them.

Crackdown on landlords who fail tenants with poor quality housing

Rossendale Borough Council has announced a crackdown on landlords who fail to maintain their rental properties to a decent standard.

It follows the prosecution of a landlord who was then ordered to pay over £4,000 for failing to provide habitable living conditions for his tenants.

Bernard McKay, 65, of  Ashworth Road, Rochdale, was convicted in his absence of failing to comply with improvement notices served by the Council. 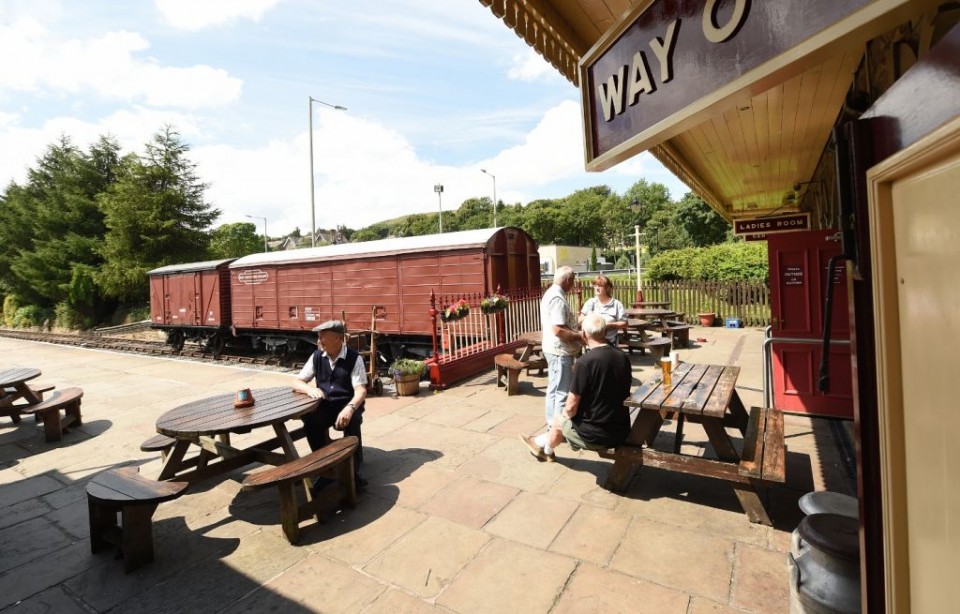 Rossendale Borough Council has received a planning application from the East Lancashire Railway for the redevelopment of Rawtenstall Station.

Planning permission is being sought for the following: 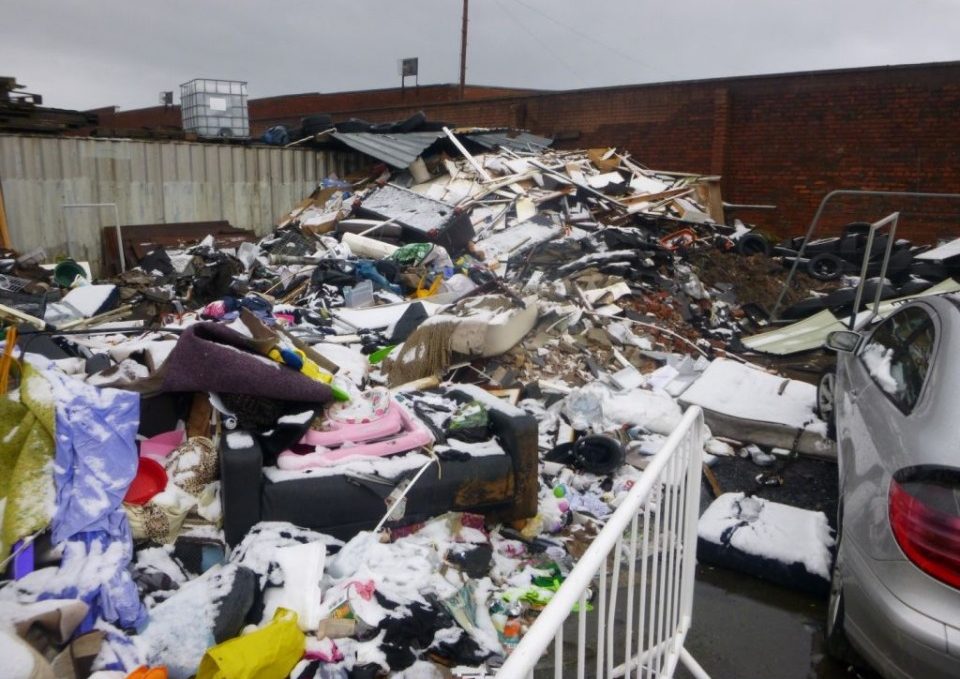 The Environment Agency has launched a Duty of Care campaign to help combat waste crime and to encourage people to take responsibility over what happens to their waste.

It follows an increase across Lancashire in the number of incidents of fly tipping on public and private land.

The campaign has included a crackdown on the illegal movement of waste in Lancashire with rogue traders targeted in three county wide multi-Agency roadside stop checks. 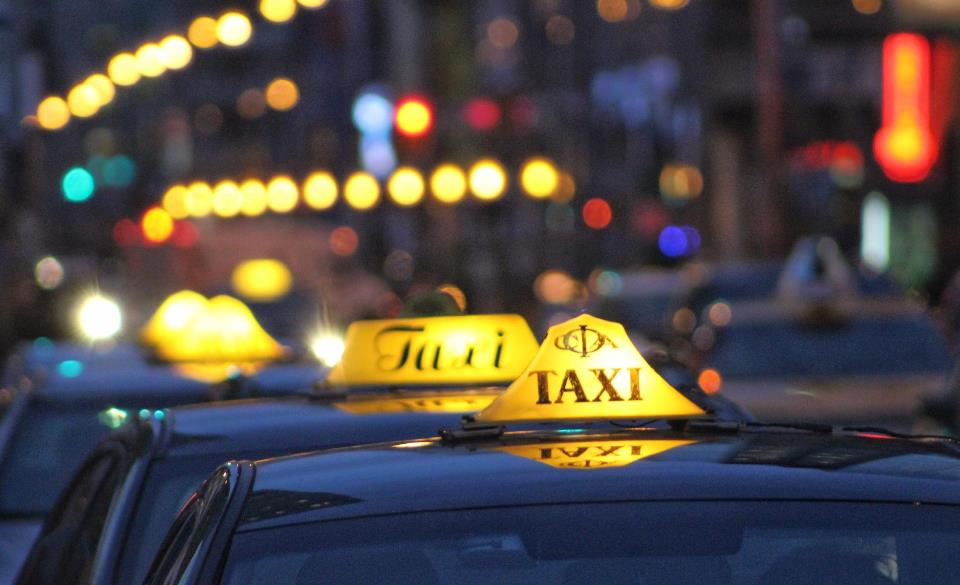 Find out more in our new short film below: 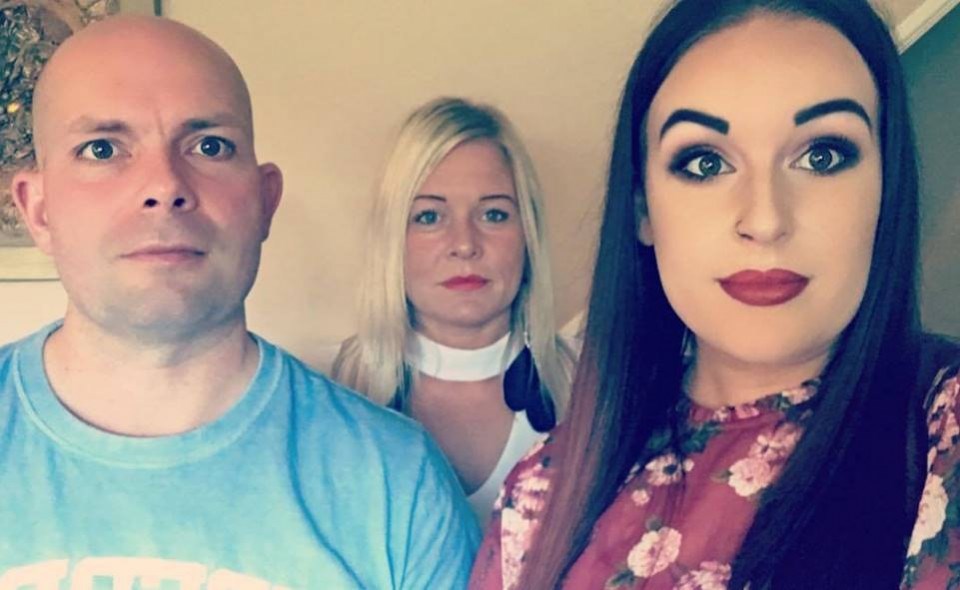 A family are getting ready to tackle the Tough Mudder challenge in aid of Macmillan Cancer Support.

The 12 mile long challenge on September 9-10 will see them take on more than 20 obstacles and plenty of mud.